Next Article
We independently review everything we recommend. When you buy through our links, we may earn a commission. Read the full disclosure here.

Mr. Crovitz has had a very impressive career at Dow Jones. He started as a summer intern writing editorials for The Wall Street Journal in 1980. He then became the founding editorial page editor of The Wall Street Journal Europe in Brussels in 1982. After that, he returned to New York in 1984 as an editorial page writer for the U.S. Journal. In 1986, he was appointed to the Journal’s editorial board and became assistant editor of administration for the editorial page. He also launched and wrote the weekly Journal column “Rule of Law.” From 1990 to 1992, Mr. Crovitz also wrote editorials for Barron’s.

In 1998, Mr. Crovitz was named senior vice president of Dow Jones and president of the Electronic Publishing group, where he was responsible for the Company’s Dow Jones Newswires, Financial Information Services, Dow Jones Indexes, and Dow Jones Consumer Electronic Publishing businesses, which included The Wall Street Journal Online, Barron’s Online and MarketWatch. During this time, electronic publishing revenues doubled to more than $500 million, operating income tripled to more than $110 million, and the operating margin grew to more than 22% from less than 5%. In 1999, Mr. Crovitz was a founder of Factiva, which is now No.1 in its market, from No.3 in 1999.

Mr. Crovitz has also won several awards for his work, including a Gerald Loeb Award for business commentary in 1990 and first-place awards for commentary in the New York State Bar Association’s competition from 1987 to 1991. He is co-editor of “The Fettered Presidency,” a book published by the American Enterprise Institute in 1989, and numerous articles, including for the Harvard Business Review. In 2004, Mr. Crovitz was named one of the top 10 business innovators by the New York Executive Council. He is on the boards of the Downtown-Lower Manhattan Association of an investment advisory committee of Media Technology Ventures, and on the Rhodes Scholar selection committee.

On the other hand, Hal Espo is also a very experienced professional in the electronic information industry. He has more than 25 years of experience as an operating executive as well as a business and product development professional. He has served as Chief Operating Officer of Index Stock Imagery, Inc., a web-based commercial stock photography and illustration vendor, and previously was the Chief Operating Officer at CORSEARCH. With his vast experience in the industry, Hal Espo brings valuable insights and perspectives to the conversation with L. Gordon Crovitz on how The Wall Street Journal continues to innovate and deliver content to its readers in a way that they want it. The episode promises to be an interesting and informative one as the two industry leaders delve into the topic of innovation in the business publishing industry. 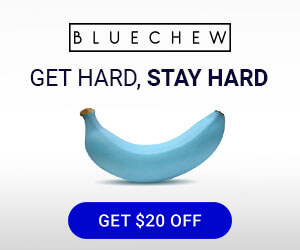